Curlin Colt Saves Best for Last at The July Sale

Curlin Colt Saves Best for Last at The July Sale

Fasig-Tipton hosted a strong opener to the yearling sales season Tuesday with The July Sale held at its Newtown Paddocks in Lexington, Kentucky. With vibrant trade from start to finish, the session tied the highest median in sale history, set the second highest average, and posted the highest gross since 2008.

DJ Stable went to $600,000 to secure the sale topping Curlin colt (Hip 302) from the consignment of Gainesway, agent (video). The last horse through the ring, Hip 302 is out Four Sugars (Lookin At Lucky), an unraced half-sister to Grade 1 winner and sire Flashy Bull. Four Sugars is already the dam of two winners from three foals of racing age, including the well-traveled Gronkowski, winner of the Burradon S. in England, second in the Belmont S. (G1), and second in the Dubai World Cup (G1). The sale topper was bred in Kentucky by Diamond Creek Farm.

“It’s always kind of nice to have a major horse at the end of the sale,” said Fasig-Tipton President Boyd Browning of the curtain dropping sale topper. “The reality is that the sale exceeded our expectations. You love to see increases in the activity and the energy on the sales grounds.”

Hip 153, a colt by last year’s champion Freshman Sire Gun Runner, sold for $430,000 to De Meric Sales for the second highest price of the session. Gainesway, agent, consigned the bay colt, who is a full brother to recent maiden winner and Indiana Oaks (G3) runner-up Runaway Wife out of the stakes winning Majesticperfection mare Perfect Wife. Hip 153 was bred in Kentucky by Fern Circle Stables.

First-crop yearling sire Omaha Beach was responsible for the sale’s top filly (Hip 90), sold for $410,000 to Solis/Litt from the consignment of Woodford Thoroughbreds, agent for Spendthrift Farm. The bay filly is the second foal out of graded stakes winner Gas Station Sushi (Into Mischief), from the immediate family of Grade 1 winning millionaire Taste of Paradise. Hip 90 was bred in Kentucky by Spendthrift Farm.

“It was good from start to finish,” concluded Browning. “We’re very pleased with the start to the 2022 yearling sales season.” 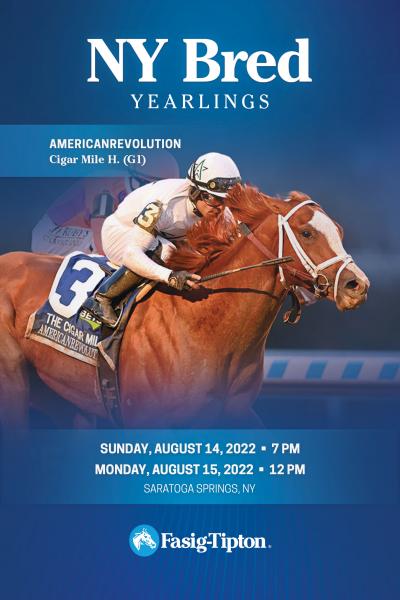