Midlantic Fall Yearlings kicked off Monday afternoon with significant increases in gross, average, and median over the first session of the last two editions of the sale (2019-2020) and the lowest RNA rate since 2016.*

A colt from the first crop of Mendelssohn topped Monday's session, fetching a bid of $230,000 from buyer Oracle Bloodstock, agent (video). The bay colt was offered as Hip 189 by Dreamtime Stables, agent. Out of the Malibu Moon mare Tasha's Moon, a half-sister to Grade 2 placed stakes winner Esmeraldina, the colt hails from the immediate family of Grade 1 winner Off the Tracks and Grade 2 winner and sire Concord Point. Hip 189 was bred in Kentucky by Classic Thoroughbred.

Earlier in the session, a son of Belmont S. (G1) winner Union Rags sold for $220,000 to Mac Robertson, agent for Novogratz Racing Stables (video). Dark Hollow, agent, offered the colt as Hip 113. Out of the winning Flatter mare Safe Journey, the colt is a half-brother to four winners, including O Dionysus (Bodemeister) and Joy (Pure Prize), both multiple stakes winners on the mid-Atlantic racing circuit. Hip 113 was bred in Maryland by Dark Hollow Farm.

Mendelssohn was also responsible for the session's top-priced filly, which sold for $160,000 to Donato Lanni, agent for Caroline & Greg Bentley (video). Offered as Hip 159 by Northview Stallion Station (David Wade), agent, the filly is a half-sister to a pair of winners out of the winning Curlin mare Split It. Bred in Maryland by Sycamore Hall Thoroughbreds, Hip 159 is from the immediate family of champion filly Epitome and multimillionaire War Story.

Rounding out the top five were a pair of fillies with strong pedigrees:

Results are available online. The sale resumes Tuesday, October 5 at 10 AM. 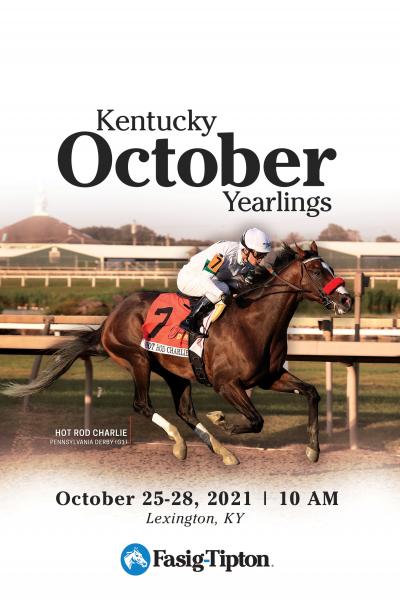