The Kentucky October Yearlings sale concluded a record-setting run Thursday evening in Lexington, KY. Over the course of four days, a benchmark number of horses were offered and sold for sale record highs in gross and average.

A colt by Candy Ride (ARG) topped the session and the sale when sold for $560,000 late in the day's trades (video). Carlo Vaccarezza purchased the bay colt, offered as Hip 1503, from the consignment of Eaton Sales, agent. The sale topper is out of the winning Empire Maker mare Vanquished, making him a half-brother to multiple Grade 2 winner Takeover Target, who earned more than $825,000 on the track, and to graded stakes winner Ladies' Privilege. Hip 1503 was bred in Kentucky by Forging Oaks Farm.

"It was an outstanding week," said Fasig-Tipton President Boyd Browning. "There was solid, consistent trade from beginning to end. It's always exciting to have a horse break out like the Candy Ride did. It creates a good mood going into the Breeders' Cup."

"It's a testament to our industry that we've been selling yearlings for over three months and there's still quite a bit of demand," added Browning. "At the end of the day, we were well supported by consignors with more horses than we've ever had, and I think it's the best quality that we've ever had. We've circulated nearly $40 million back into the marketplace [in October]. That's pretty encouraging."

Hip 1124, an American Pharoah colt sold for $385,000 late on Wednesday, was the most expensive yearling by a Freshman Sire over the course of the four-day sale. That colt was purchased by Team Casse, agent from the consignment of Paramount Sales, agent.

"You hope to get close to last year's results," Browning concluded. "To exceed those is an indication of the growth and maturity of this sale. We're very pleased." 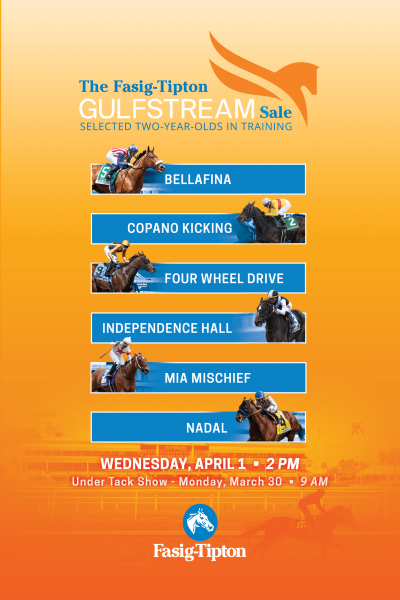