Hip 1090, a filly from the first crop of Runhappy, sold for $400,000 during the third session of the Kentucky October Yearlings sale. The bay filly was purchased by Speedway Stables LLC from the consignment of Woods Edge Farm, agent.

Runhappy set a track record in the Breeders' Cup Sprint (G1) in 2015 on his way to Eclipse Champion Male Sprinter honors. He won seven of 10 career starts, including three Grade 1 events, and earned nearly $1,500,000.

This filly is out of the stakes winning Forestry mare Queens Plaza, who has already produced five winners from as many to race. Among those, three are stakes horses, including Queen Caroline, a multiple stakes winning earner of more than $400,000. The immediate family includes champion and multiple Grade 1 winner Folklore and recent Ballerina S. (G1) winner Come Dancing.

Hip 1090 was bred in Virginia by Megan's Ford Farm. 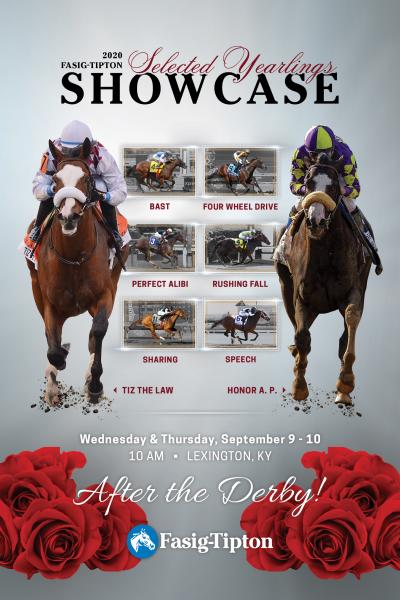