The New York Bred Yearlings sale returned to action Sunday night at the Humphrey S. Finney Pavilion in Saratoga Springs, New York after a pandemic-related hiatus in 2020. The opening session of the two-day sale saw across-the-board increases over the 2019 edition, the sale's most recent renewal.

A daughter of Uncle Mo topped the session when sold for $495,000 to Dream Maker Racing (video). The bay filly was offered as Hip 341 by Thomas J. Gallo III Sales Agency, agent, and was bred in New York by Mia Gallo, Mary Kopley, Michael Newton, and Elizabeth Weese. The session topper is out of the winning Distorted Humor mare Averymerrymoment, whose first six foals to race are all winners, including stakes placed Satisfy (Candy Ride-ARG) and Dream Maker Racing's winning three-year-old of this year Big Bobby (Shanghai Bobby).

"It was an outstanding opening night for the 2021 New York Bred sale," said Fasig-Tipton President Boyd Browning. "It was a really strong marketplace and a diverse group of buyers that participated."

The second-highest price was paid for a first-crop filly by champion Accelerate, purchased for $335,000 by David Ingordo (video). The bay filly was offered as Hip 385 by St George Sales, agent, and was bred in New York by EKQ Stables Corp. Hip 385 is out of the winning Bernardini mare Delay of Game, whose first foal Spa Ready (Street Sense) was a maiden winner at two last year at Belmont. The filly hails from the immediate family of champion Johannesburg and millionaire Stanford.

Rounding out the session's top five were:

"It was a really encouraging start," Browning added. "We're looking forward to picking up the momentum [tomorrow]." 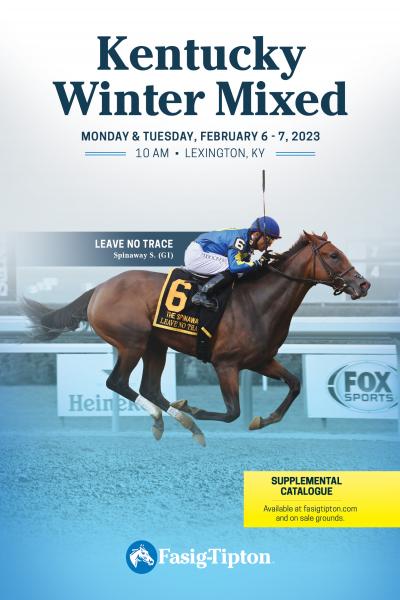